Just some random thoughts from my distant perspective:

A fantastic achievement to reach the final
A decent effort in the final, against a superior team, to take it to penalties... with the usual, unfortunate outcome
Tactically Southgate got it wrong in the final, but he will learn and get even better.
Here's my (selective) take on final
Pickford was outstanding, kept us in it
Rice was having MoM performance before being prematurely pulled
Mount was an utter, utter waste of space
Kane proved again he is a top notch player, strong, intelligent and simply knows how to play football
Phillips surprised me with a strong, relentless performance...if he can keep it clean in the tackle he should be one of the first on the teamsheet
Sterling was played out of position so not anywhere near as effective as in earlier games
Saka didn't really get into the game when coming on, although was openly assaulted by the Italian defender who should of been red carded. He's going to be world class.

Penalties are penalties... but tactically naive to bring on 2 young players in the last 1-2 mins of the final and expect them to take penalties.

Just my armchair 20:20 view
Keep an open mind, but not so open that your brain falls out.
Top

well....being Italian I was happy, but felt sorry for you all...anyway my idea, after having seen in person Italy reach 7 (out of 9) finals between World Cup (1 lost to Brazil on pens in 1994 - ) and Euro...with 4 wins (out of 6) and 3 losses
that you put too much pressure on the team.....the whole nation pushing too hard on the guys.....
England have been really good in the tournament but Italy was a step higher and they beat Belgium (rank n. 1 in the world) and Spain, having a harder route to the final. Then England scored a great goal, may be too early, as after it my impression is that they seated back and stopped playing.
I watched the stats of the game and saw 65/35 possession to Italy, 19/6 shots, 6/2 on target.....

ah one last suggestion....in future forget that refrain "it's coming home"....it did not work on last WC and again this time.....
it brings a lot of BAD luck...

How are these 2 regarded in Italy?
Painful as it is to admit they were immense against England and have a cult status
here even if they do resemble a hit-man ensemble from Corleone in Sicily! 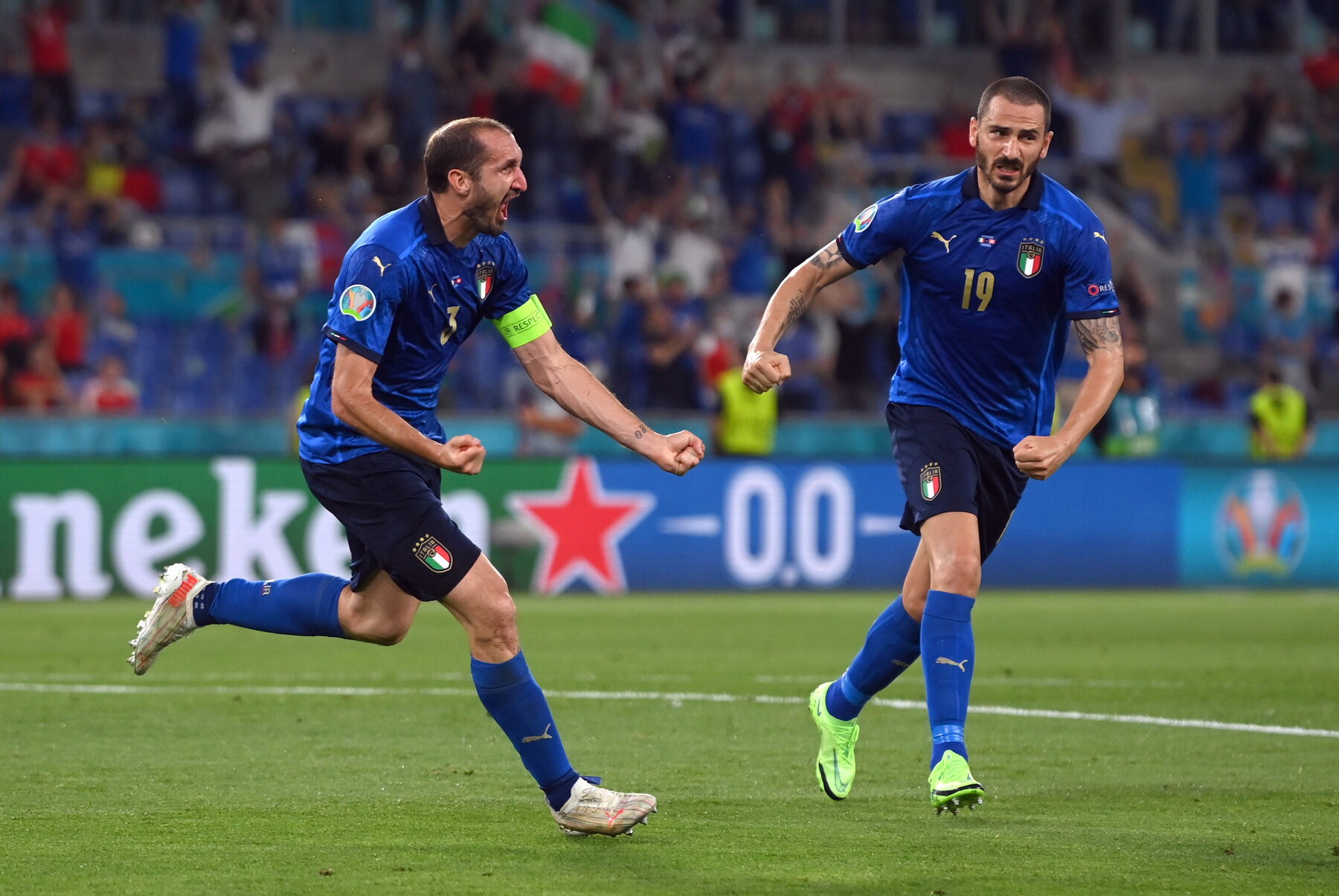 How are these 2 regarded in Italy?
Painful as it is to admit they were immense against England and have a cult status
here even if they do resemble a hit-man ensemble from Corleone in Sicily!

..well....they make up Juventus's defense ....that's enough to say all...very experienced CB that know all the tricks from a long career...
and you saw some recently...

as I said IMO England used the wrong tactics vs Italy after scoring....even at QPR I know that you can't allow the opponent team to play all the time...
sooner or later they are going to score....and then going to penalties...it is a lottery, always..but one friend told me.."England is willing to go to the penalties..." I only answered..."They must be crazy ...cos they are shite in taking pens..."...and I got it...
Funny that the best pen of the entire series was Maguire's....I was expecting to see him send the ball to Wembley Central...instead he was great...
and when Jorginho missed I kept my optimism...my wife saying.."..and now...?"..."And now...enough they miss the next one and we still win it.."

Italy were good. They rallied and pressed and countered as a team. The sum of their parts was the best in the tournament even if they didn't have the best individuals. Plus Mancini's tactics were spot on.

England blew a fantastic opportunity. The same as they did against Croatia three years ago. Like Italy we should have continued pressing up the pitch. But we didn't. And while we have Southgate in charge I see no signs that we will win anything.

Warburton would have kept his finger on the trigger until we were two up.
Come on you Sooopa ........
Top

...yes....even at Loftus Road I never feel comfortable with one goal advantage, especially when the opposition is pushing and camping in our half...
Top
Post Reply
6 posts • Page 1 of 1