SheepRanger wrote: ↑
Thu Mar 08, 2018 11:46 am
Yes Ux, I can see now that the current position is 51% which I assume has grown from the capitalisation of the interest being converted into shares.

It would seem that two things are going to happen:

- If we get promoted half the new sky money will be going to Ruben to pay off the £46m debt which is due for refinancing this May
- If we don't get promoted Tony's and the Mittal's shareholding will be diluted to the point where their holdings will become insignificant.

Fair play to Ruben for coming up with the cash to bail out Tony's mistakes. I'm sure that capitalisation of future interest into shared will see his holding increase and may get him over 90% to enforce compulsory acquision and boot the other lot out.

Ruben's old man is a billionaire among the top 50 richest humans in Malaysia - if not East Asia, I should have thought. So Ruben's 'fair play', I'd suggest, is cold-eyed business opportunism on a rather less sentimental reading; at any rate, he's clearly a rather sharper-eyed creditor - I'd better not say loan shark - than Uncle Tony. He's hardly short of, ooh, a few million with his business involvements, and these interest rates seem colossal to me, so draw your own conclusions as to his motivations!

You hardly have to be Karl Marx to see how this kind of thing is what allows the filthy rich to get even filthier.
"There's a blue light/in my best friend's room" -Mazzy Star
Top

PS As I failed all the accountancy exams I never took, the 'capitalisation' rider may have sailed over my head! But I still take exception to a naive phrase like 'fair play' to describe entrepreneurial/venture capitalists and the behind-the-scenes economic shenanigans at professional football clubs.
"There's a blue light/in my best friend's room" -Mazzy Star
Top

When challenged about the loses in the past Tony has stated, if my memory serves me right, that they are big boys and will accept what happens. As Ux said when Hoos was asked about the arrangements he said that if there are other alternatives he'd be happy to hear about them. Whatever the arrangements with Ruben they were the best out there and the Board would have approved it.

If Ruben didn't put this money in then who do you think would? The only asset is the ground and that had a covenant on it so is not valued at full commercial rates. His investment is totally at risk and comes at a high price. Tony has only got himself to blame for his mismanagement and Ruben deserves a bigger slice for proping up a firm that is still losing money.

One day Ruben might own 100% of sweet FA or get his money back through a stadium development. He may be filthy rich and get richer, but it will be at the expense of another filthly rich guy who will come out of this less so. No old ladies had their life saving robbed here.
Top

Another way of looking at it, on your own implicit admission, is that Ruben has us over a barrel. Though I take your point that, if the company goes tits up, he'd either have to take the hit or foreclose and send us under. I can see why this kind of thing sometimes attracts Mafia-like people with guns into football, as in the glorious Paladini era.
"There's a blue light/in my best friend's room" -Mazzy Star
Top

Or another scenario is that Tony takes his turn to put more money in. The Forbes Malaysian rich list has both Tony and Ruben as being worth 330 million USD.

If Ruben does keep putting money in and Tony doesn't that would be a good indication of they way things are going to pan out.

This summer will also be pivitol in the club's future when we see players being released, sold and hopefully a few come in.
Top 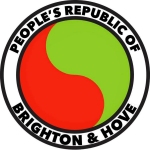 Total revenue before tax a shade under 50 million. Gate receipts 5 million. TV money 35 million. Fans who watch on tv are worth 7 times as much as fans who turn up. Fans who go to games contribute about 10% to income, and that is dropping. Tells you everything about the way football is going in this country.
Locum meum praecepta mea
Top

Just bumping this up as the excellent Swiss Ramble did a comprehensive breakdown of these numbers over a series of tweets. Very encouraging stuff. The full thread can be found here for anyone interested:

Thanks RT, those numbers don't look too bad.
We know that off the pitch things are run with a grand degree of sanity now,
Even 1 or 2 seasons in the Premier League would boost us considerably.

We do need new infrastructure though, has to be said which was also alluded
to in that financial report.
Staff Benda Bilili
Top

DG wrote: ↑
Fri Mar 09, 2018 9:36 am
Total revenue before tax a shade under 50 million. Gate receipts 5 million. TV money 35 million. Fans who watch on tv are worth 7 times as much as fans who turn up. Fans who go to games contribute about 10% to income, and that is dropping. Tells you everything about the way football is going in this country.

I watch on live TV and using the streaming service since i emigrated, when i can i start lording it over you all as a 'proper fan' ?
Top

Thanks for posting RT. This is pretty insane: 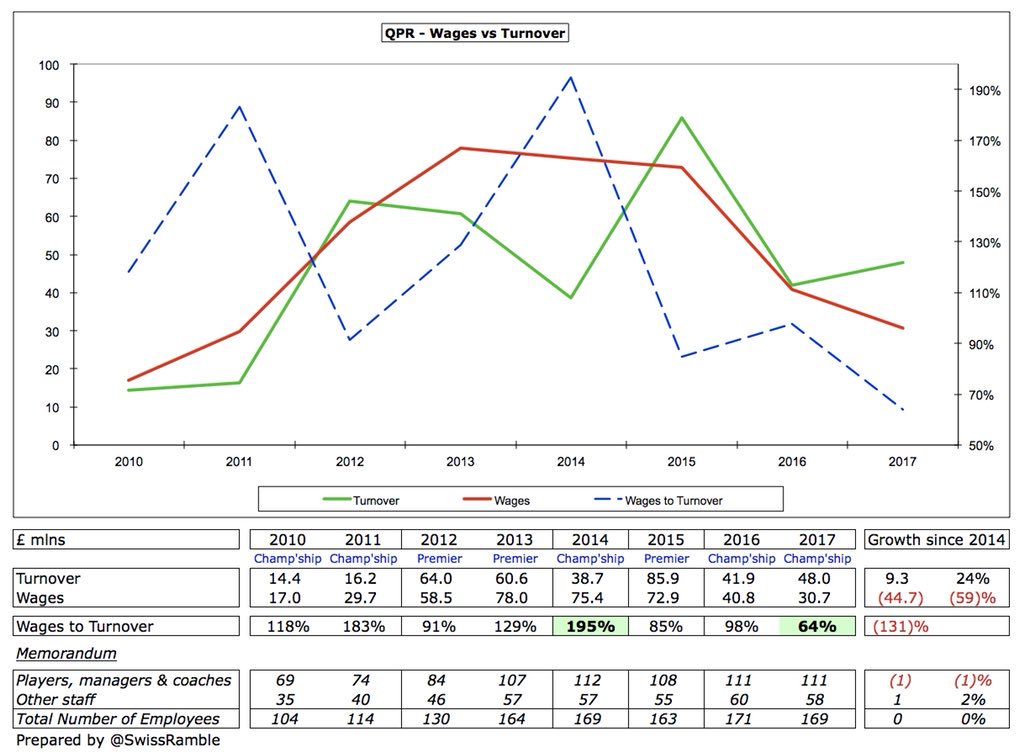 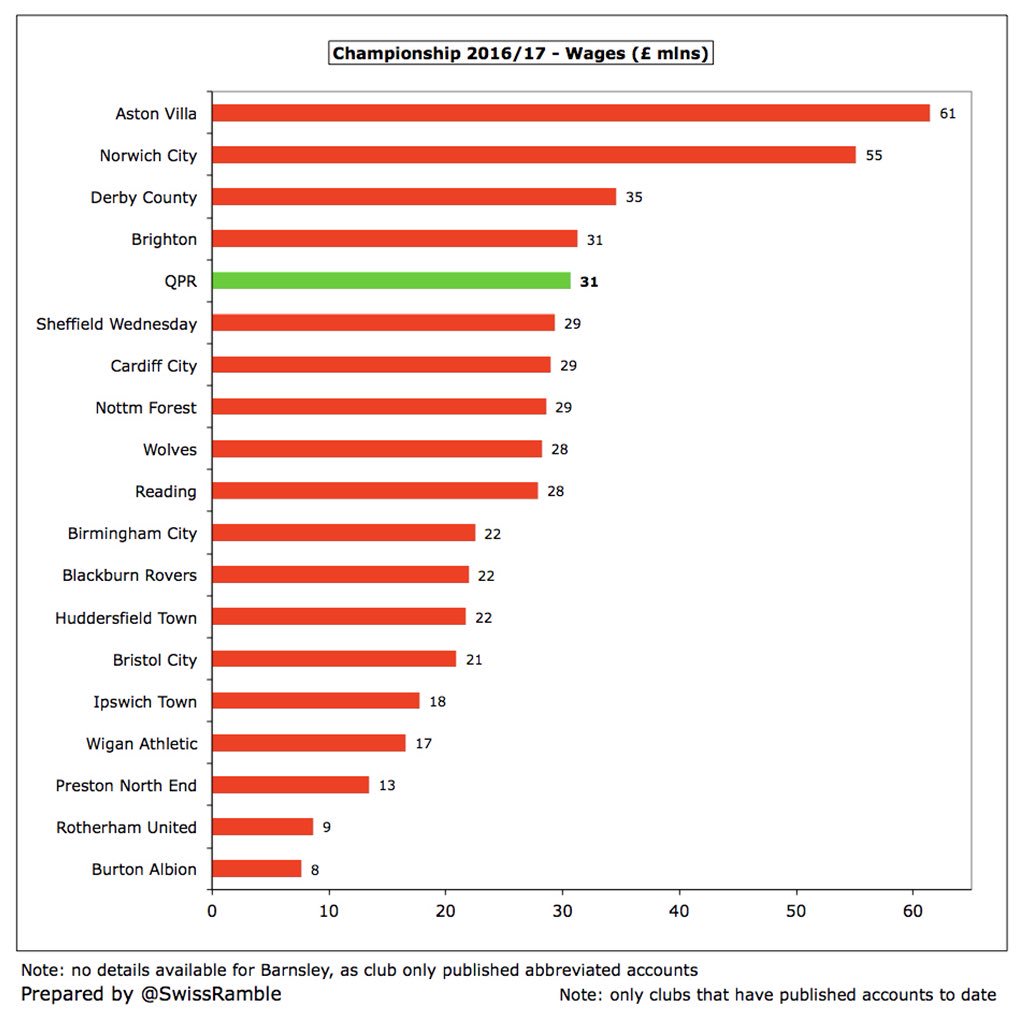 All of this surely strengthens our argument regarding FFP too.
Saturday 9th November 1968: QPR V Burnley in the First Division - I saw the Hoops for the first time and my obsession began!

Remember:
Growing old is inevitable.
Growing up is optional.
Top

The season that Harry was in charge

It's not the despair that will kill you, it's the hope.
Top
Post Reply
27 posts