He's a 6' 4" Swedish international CB who has been released by Florist. Apparently we're interested. Does anyone have a view on him?
Top

Not surprised that he’s been released, Valentine’s Day is nearly over.
Top

Reading his Wiki it seems like the sort of player who looked like the next big thing, but never really made it for whatever reason. He's jumped around various clubs, but never really been a regular player (over 10 years, he's played on average 17.5 games a season if Wiki is right).
A lot of his contracts finished early - terminated by 'mutual consent' - so it could be due to lack of game time (whatever reason that is).

Fifa has him as strong, good defensive knowledge, aggressive player.

Trawling through the Forest boards, he's a prolific Social Media (twitter) user and got in a spat with a lady on there.
They seemed to think we has a decent player, but it looks like there may've been potential attitude issues.

Found the spat - She apologised in a later one and actually deleted her account. 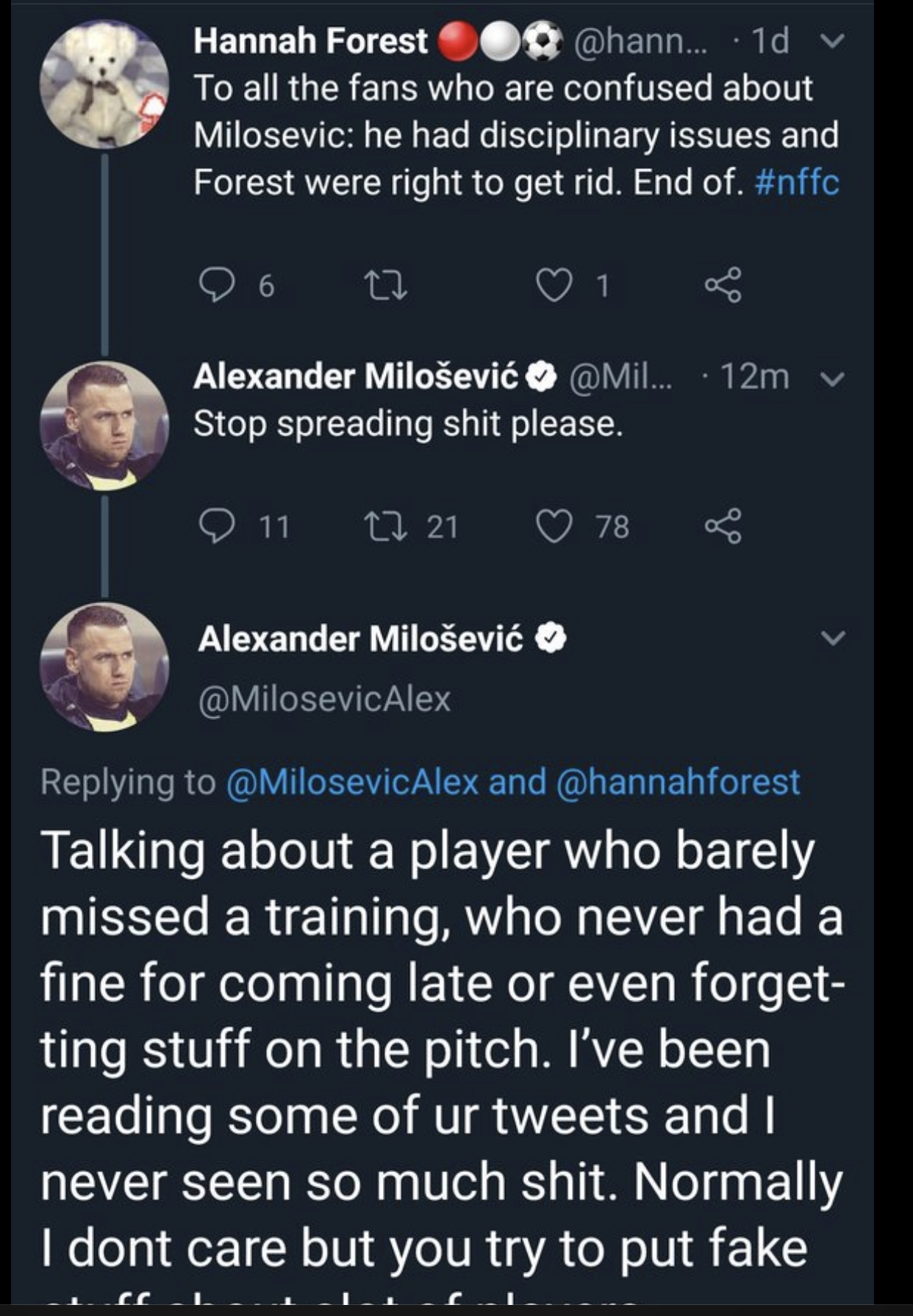 Thanks for your research dej. As yet nothing further doing the rounds so perhaps this is made up. Given his somewhat doubtful history, maybe no bad thing.
Top

dm wrote: ↑
Sat Feb 15, 2020 1:51 pm
Thanks for your research dej. As yet nothing further doing the rounds so perhaps this is made up. Given his somewhat doubtful history, maybe no bad thing.

Didn't Paul Hall state in an interview recently that the look are looking to bring in the "right sort" of players into the club? Hopefully we will never see the likes of Joey Barton, SW-P, Samba, Chimbonda ever darken our doorstep again.
It's not the despair that will kill you, it's the hope.
Top

He might be a wrong un or maybe he’s a model professional. Impossible to tell from the above.
Top
Post Reply
6 posts • Page 1 of 1